The new 508th is another round of design hooliganism from Peugeot, full of originality and outrageous.

There are fangs on the front, on the sides of the door without frames, on the back there is a compartment-like silhouette of the roof and the ability to climb into the cabin through the fifth door. New 508th – This is another round of design hooliganism from Peugeot, full of originality and outrageous. And not somewhere, but in the business class, where it is customary to look strictly. Perhaps it was this courage that played a decisive role in the victory: the Peugeot 508 deservedly received the title Passenger Car of the Year 2020 in Ukraine, easily ahead of its competitors in the national award of the Car of the Year. Among the trophies of the novelty is also the title Interior Design Leader 2020, won in the framework of the national automobile prize Auto Leader.

Peugeot calls the body of the new 508th fastback, but only because the word liftback is already strongly associated with Skoda, and Audi has secured the sportback. Well, the French got not the worst option. But is he good enough in management to justify the prefix fast?

The stylish fastback shop hints at it in every possible way with the designer refinements of the PEUGEOT i-Cockpit® brand concept. The high line of the dashboard, a small steering wheel and a futuristic 12.3-inch instrument panel placed on top of it – together, this pretty much resembles the cockpit of a combat fighter. 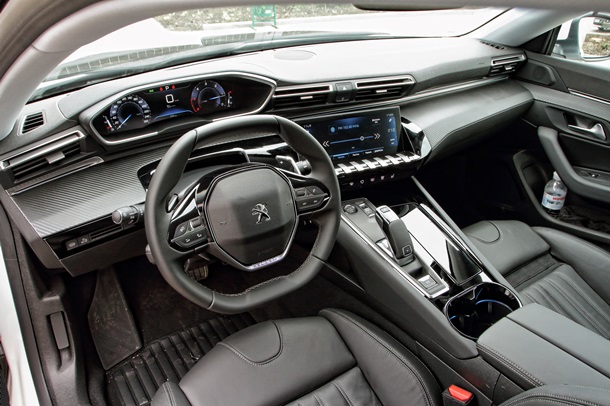 Although it’s not at all necessary to feel invariably awake pilot: thanks to the i-Cockpit® Amplify function, the atmosphere of the cabin is transformed in just a second. Switching from the Boost mode to the Relax mode changes not only the microclimate settings, the background lighting and the smell of perfume, but also the car’s reaction: it’s softer than the reaction to the accelerator, the machine switches to higher gears faster. 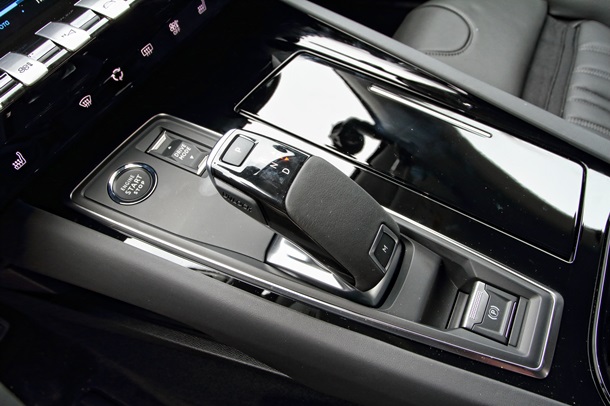 In general, the car is ready to fully match the mood of the driver – this is a considerable part of the charm of the model. Honestly deserve their share of compliments and an excellent profile of the seat, and a little console turned to the driver.

Everything is good behind, except for the air supply above the head: the roof of the compartment profile puts a little pressure on the top of the head. People of medium height are more likely to be psychologically pressured, but it is really not very convenient for tall passengers to climb into the back seat: the body height is only 140 cm and the doorway is low. But the back seat will suit almost everyone with the backrest and the length of the pillow.

To very non-poor configurations (in the top ones there is even a massage of the front seats) it is also offered impressive set of options. Among them are a panoramic roof with a movable front section, a premium Focal audio system, and decorative inserts made of wood.

A cherry on the cake can be considered a night vision system – a real rarity in this class. Peugeot 508 is ready to demonstrate on the dashboard screen images of people and animals located at a distance of 15 to 200 m from the nose of the car. The system operates at speeds up to 160 km / h, but, unfortunately, does not see most dogs. The minimum height of the object that the car recognizes and highlights with a warning color is 50 cm. 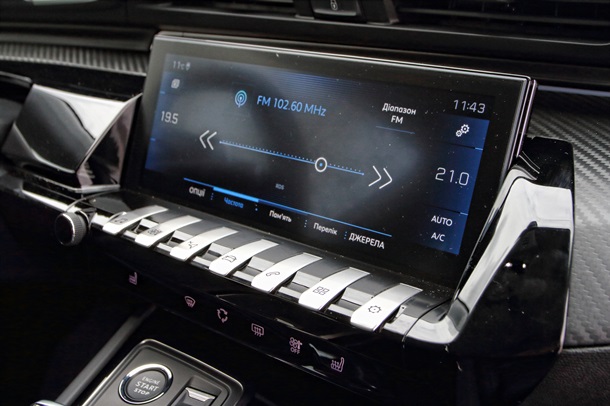 The parking assistant is also pleased with its capabilities. The driver only needs to select the type of parking and hold down the button at the base of the automatic transmission lever. Peugeot 508 independently controls the steering wheel, gas, brakes and automatic transmission selector! The machine does not do everything very fast, but thoroughly. Not only drives into the chosen place, but also has itself strictly parallel to the markings or cars parked next to it. Even the wheels at the end of the maneuver aligns.

Acceleration of the two-liter version by the standards of the class has a fairly good dynamics: 8.7 s to 100 km / h. Junior one and a half liter diesel engine promises to "make a hundred" in 10.1 seconds. 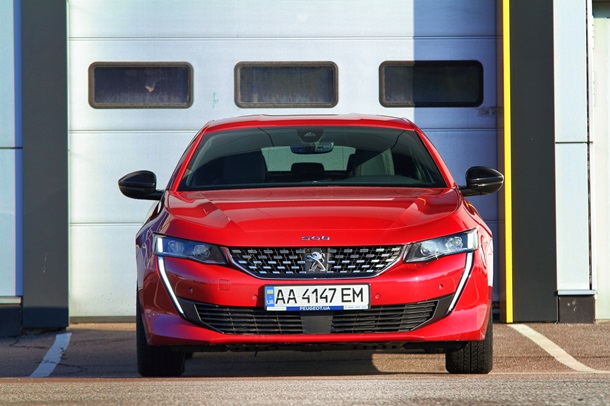 Both heavy fuel engines are paired with the new 8-speed automatic transmission EAT8 from the Japanese company Aisin. This is the evolution of the already well-known 6-speed EAT6 gearbox, providing an additional 7% fuel economy and the ability to transmit torque up to 500 Nm. And also – amazing speed and smooth switching.

A friendly tandem of the engine and gearbox is echoed by a perfectly tuned suspension. The car perfectly writes the trajectory and keeps on it until the last. The small steering wheel is comfortable in the hands, and the electric power steering saturates it with pleasant weight. 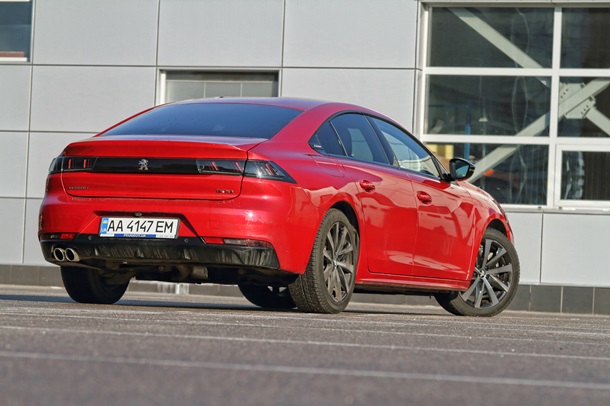 The flip side of this shiny medal was a perfectly accurate repetition of the road profile. Perhaps, in comparison with its predecessor, the suspension of the new 508th has become a little tougher, but it has added even more noticeably to the energy intensity – shocks on large irregularities now do not bother passengers. And this, of course, is a huge plus. You can personally evaluate the driving style of the new Peugeot 508 by signing up for Test Drive.

WHAT IS THE RESULT?

Peugeot 508 did not become the cheapest offer in the class – prices start from UAH 809,600 for the Active junior equipment, and the top-end GT-Line is priced at UAH 1,023,300. But once you put on the other side of the scales all the charms of the flagship Peugeot, and pricing begins to seem very loyal.

In one model, quite important virtues came together in the most successful way: excellent dynamics by the standards of the class, economical engines, a wide range of driver assistance systems, a bright, bold body design, non-trivial interior design and a lot of useful electronics. But the main thing in the Peugeot 508 is the ability to always be “on the same wavelength” with the driver. A very valuable quality in modern times.

Gallery sells paintings by a dog and presents cannabis

What is the future of fashion after COVID?