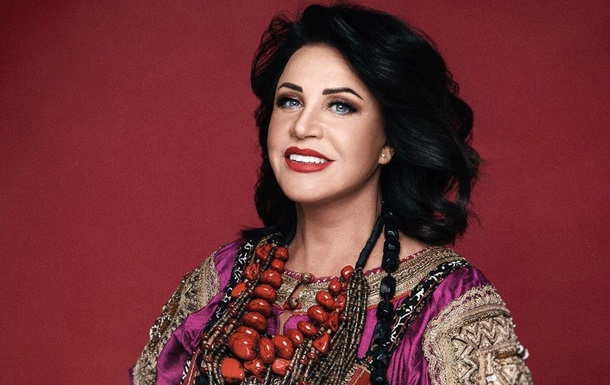 Fans felt they were led by the nose

Admirers of the singer’s talent, looking at her freshened and younger look, did not believe that the artist who was diagnosed with coronavirus was in a coma in intensive care.

The Russian singer Nadezhda Babkina, leaving the hospital where she spent almost a month with a diagnosis of coronavirus, amazed fans with her flowering appearance and made them doubt her illness, Russian media reported.

The 70-year-old artist was in intensive care with pneumonia and severe lung damage. Doctors performed the operation on the famous patient and introduced her into an artificial coma.

Babkina was discharged from the hospital on April 30. The very next day, she began to publish in her Instagram account.

Fans were glad that everything was fine with the star and congratulated her. However, after Babkina uploaded the video, many began to resent.

The cause of dissatisfaction was the appearance of the artist. On the frames, Babkin looks younger, prettier, she has fresh manicure.

Users considered that at 70 years after a coma and mechanical ventilation it is impossible to return to their previous lives so quickly.

"Did you do the plastic surgery? Well, we thought so", "Something is hard to believe, that it hurts. They fool people!", "How can a person who was in a coma between life and death a week ago look like this?", " And did you make a manicure in intensive care? "," Hope, why are you fooling people? People put candles for you! Shame! "- such comments were made by fans of Nadezhda Babkina. 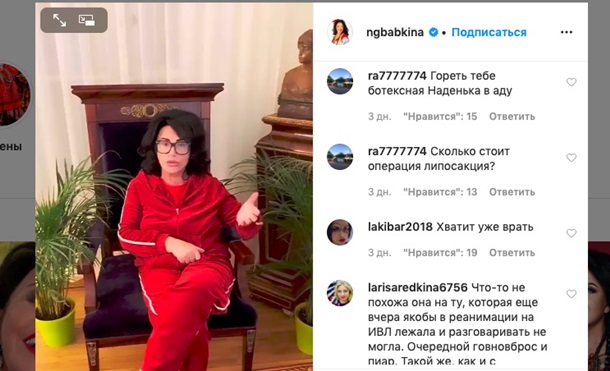 We also wrote that in Russia, the Prime Minister contracted COVID-19.

Jordan's sneakers sold at auction for half a million